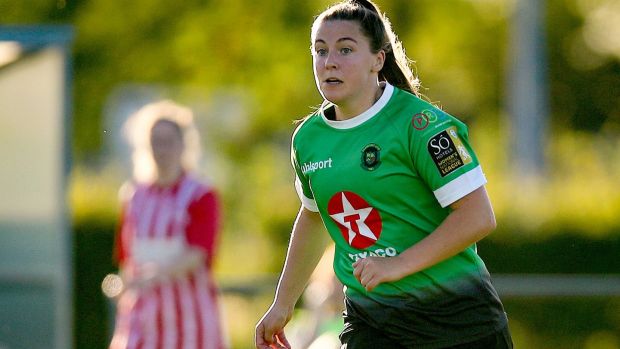 Peamount United return to the Champions League in Scotland on Wednesday evening after an absence of almost a decade with Eleanor Ryan Doyle hoping that the Dubliners’ relatively unknown status abroad can help them spring a surprise against a Glasgow City side that includes a couple of Ireland internationals.

James O’Callaghan’s side have plenty going on at home with Shelbourne pushing them hard in the title race and a cup semi-final against Wexford to come next Sunday but the European game will provide an interesting test of where they stand on the bigger stage.

It is a tough looking draw. Glasgow have been dominant in Scotland for a decade and a half and have just made a strong start to their attempt to win a 14th straight league title, winning 8-1 on Sunday against Forfar Farmington . Their squad is built around a core group of vastly experienced Scottish internationals but there are up and coming local stars too while they have also had the wherewithal to attract talent from aboard.

Tyler Toland (on loan from Manchester City) and Clare Shine are the names that will ring bells here but with Rangers having already moved to poach star players like top scorer Kirsty Howat for next season they have made some eye-catching recent signings from South Africa and the United States.

“I think we got the hardest draw of the whole group when you look at the internationals that they have,” says Ryan Doyle, a 22 year-old who is doing a master’s in business at Blanchardstown while playing for a club that she has been a part of since she was seven or eight. “But we’ve got internationals [players like Stephanie Roche, Karen Duggan and Áine O’Gorman] in our team too and everyone’s played underage for Ireland and I think it’s important for us to remember how good we are too.

“We’re underdogs with nothing to lose really while there’s a lot of pressure on Glasgow to compete and win this match. So everyone’s raring to go, we’re excited, really up for it. We’ve been in strong form in the league over the past two years and so you can take great confidence from that going into Wednesday night.”

Read the full article here in the Irish Times